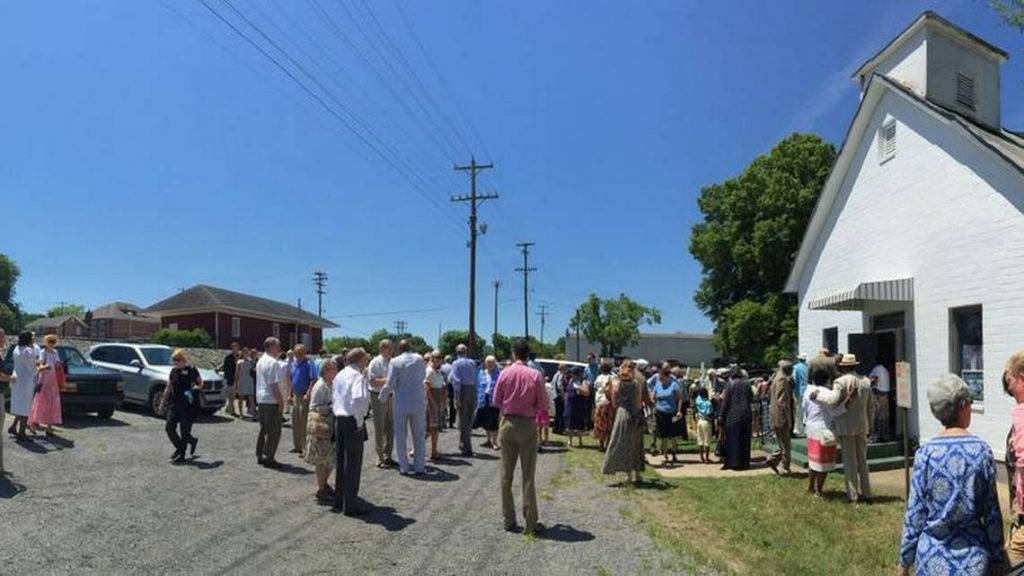 On a summer evening at Bible study, just over three years ago, a gunman entered the Emanuel African Methodist Episcopal (AME) Church in Charleston and opened fire on the people who had been praying with him. Nine people were murdered, among them the senior pastor, who was also a state senator. Three victims survived, and five escaped unharmed.

People in Charleston call the church Mother Emanuel. It was founded in 1816, making it one of the oldest AME churches in the South and the mother congregation to African Americans for over two hundred years. The shooter’s stated goal was to start a race war, saying during the six minutes of mayhem, “You have to go.”

Every summer since, I remember the horror that terrible night. And I remember the Sunday after the shooting, when some members of Davidson College Presbyterian Church—we call it DCPC— were able to worship with members of the Davidson Presbyterian Church. We shared a powerful, complicated, terrible, and wonderful two hours, and I felt the healing presence of their kindness and love. Those members, led by their pastor, Darrell Van Pelt, were devastated by the tragedy. Yet, they sought to comfort us with a welcoming embrace.

We visitors wanted nothing more than to stand with our friends and neighbors in this sad time. But it became much more, because of the members of this African American congregation.

As we walked into the service, worshippers greeted us with smiles and nods and hugs.

The service had joyful music in abundance, with keyboard, drums, and bass. Choirs lifted our spirits as they lifted their voices to God.

The Reverend Van Pelt prayed and preached with passion and commitment. He reminded us that God’s judgment was the only one that mattered. Who are we to judge, he asked. Instead, we must forgive, as many times as forgiveness is required, and leave the judging to a higher power.

At the end of the service, he asked us to take the hand of a person near us, and in that moment, it did not matter whether we were Christian or Jew or atheist, black, white, yellow, or red.

It only mattered that we stood together. We seemed to commit, in our small corner of the world, to work together to address the causes of the disaffection and dissolution of society, to stand up to racism in its many forms and call it by name, to turn this righteous anger into passion for justice, to look at the causes of poverty of mind, body, and spirit, and find workable solutions. Together.

The service ended, and we left the sanctuary and walked into bright sunshine. Standing there were many more members of DCPC who had joined us at the end of their worship service. In the parking lot, we formed a circle and joined hands.

Can we finally get this right? Can we learn to love one another, here and now? And by loving each other, and understanding and accepting our differences, can we find that we are bound much more by all the things we share in common? Can we fully and truly come to know that “injustice anywhere is a threat to justice everywhere?”

Only the very soul of our community, our state, our country and our world is at stake.