I am a writer.

For ten years, I had the great happiness of writing with Jon Guttman. In that time, we wrote two novels, one of which is “Madame President,” and we became the closest of friends. Though our writing partnership ended abruptly with Jon’s unexpected death in 2014, I have a permanent reminder of Jon’s talent and the delight he took in his imagination and in the written word with “Madame President” and with our as-yet unpublished book, “The Ninth Parallel.” We were thrilled with the response to “Madame President” and hope you will decide to read it!

I have written about Jon in my blog post, “Remembering Jon.” On the night of her fourth State of the Union Address, President Kate MacIntyre is the target of an assassination attempt that claims the life of her Vice-President and sets in motion the ultimate crime of opportunity.

What begins with a Hezbollah plot quickly becomes a heart-stopping twenty-day race against time as the President’s inner circle fights to protect her from enemies both known and unknown. From Beirut to New York, Mexico City to south Texas, this taut, tense political drama unfolds across a broad landscape of politics and ideology as it moves breathlessly toward its final startling revelation.

Available at Amazon.com, Barnes & Noble, and other local bookstores across the country.

The Reviews Are In:

Political junkies and mystery fans alike will find "Madame President" to be a novel that reveals as much about loyalty as it does greed and terror. Williams and Guttman weave a plot thick with characters that reveal themselves in startling and terrifying ways. These intersections of families and friendships give the novel a unique glimpse at the personal lives of those sworn to defend this country and those sworn to destroy it. From a literally explosive opening, this book doesn’t unfold but accelerates with each staccato chapter. They use rich references to history, with finely drawn landscapes from Georgetown to the Texas Hill Country and the mountains of Mexico, that reveal much about the people who inhabit them. Early on, the reader understands Machiavellian intrigue without ever having read political philosophy, and the writers capture the vernacular of the terrorist, as well as the Army Ranger. They unveil the personal life of the president, and the burdens the office places on those around her. 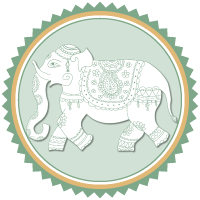