Hope from a Cave 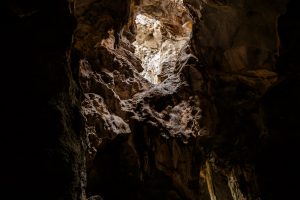 Much has been written, and will be written for weeks to come I imagine, about the rescue of the Wild Boars soccer team in Thailand. As I write this, eight of the thirteen souls have emerged from the cave, alive and receiving loving care.

It doesn’t take much imagination to picture these last two weeks and what the twelve boys and their coach have endured. Most of us have some primal fear both of the dark and tight spaces. Couple that with being hungry and scared and wondering if they will ever again see their families and friends, as well be warmed by the sun or see the blue of the sky, and it makes one’s throat constrict to contemplate it. It makes you want to step outside and take a deep breath, doesn’t it?

Aside from the terror this invokes in those of us watching the events unfold, there is something quite remarkable at work in Thailand. Millions of people from around the world are holding their collective breath. I won’t turn off the television at night and go to bed, until I have heard the last snippet of news about the rescue.

And that’s the thing. The rescue has involved hundreds of good people from many countries and walks of life who have dedicated themselves to bringing these boys and their coach out alive and as unscathed as possible. We cling to their expertise and pray for their solutions to be viable. Will Elon Musk’s engineers create some strange idea that might work? Great. Send them. Are those British divers the best in the world at what they do? Are we grateful that they are risking their lives for these young people? Yes. And do we mourn the life of the retired Thai Navy Seal who died in the attempt to give them air to breathe? Deeply. Unforgettably.

So many questions. Will the air tanks work? Can they provide enough oxygen in the cave to sustain life? Is the percentage of carbon dioxide getting too high? Will the currents be too fierce? Are the boys too weak to make the taxing journey of almost two miles in darkness, fighting panic and murky water?

One question that we can answer is: has this unified us? Of course. We have a collective and profound wish for these boys’ lives to be sustained. We huddle around the news as one organism, actually wanting the same thing – life.

This longing crosses partisan lines, socio-economic and racial differences, and even makes moot which benevolent spirit it is to whom we pray. Every prayer is good. And if not prayer, every hope for the best is precious.

Experiencing this kind of unified effort without rancor and discord has been like a sweet embrace. We are besieged by meanness and are fatigued by the worry and bitterness of our modern political realities. Yet, the efforts on behalf of children we will never know in a far away country most of us have never seen, remind us of what we can do if we but care enough to give our best.

There are children here and everywhere who are in peril, who are in their own metaphorical caves that are flooded and scary. If we could learn from the world’s response to the children in Thailand, perhaps we stand a chance to help more children and not be caught up in energy-draining political battles.

Surely we can stand together for children. Theirs. Ours. All children. Imagine what we could do.