Esse Quam Videri: To Be, Rather Than To Seem. 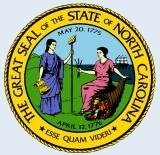 To Be, Rather Than To Seem.

This is the state motto of North Carolina. And I got to thinking about it after last week’s election, one in which we were barraged with ads and videos and Facebook pages and Tweets and news reports and television, all of which were designed to attribute characteristics – positive or negative – to one candidate or another.

In the midst of all of it, how I longed to find my way into the truth of the people who were running for office. Of course, we could see what they seemed to be. But who were they really. What could we know about the to be of them? Not much, I guess. We could try to trust the platforms they espoused and hope for some of it to be true. We could hope to find our beliefs reflected in them.

North Carolina has long had the reputation of being a humble sort of place, a “vale of humility between two mountains of conceit.” That quote is often associated with Governor Zebulon Vance, spoken during the Civil War, when the states were being asked to give money and men and materiel to the war effort. North Carolina did not have the profit from tobacco, as did Virginia, nor the profit from cotton, as did South Carolina; thus, it was a vale of humility. Governor Vance pleaded the case that North Carolina could not offer much to support the war, other than the toughness and determination of its people, most of whom were itinerant farmers.

From the beginning, this state prided itself on its lack of pretension. It was hard to find fancy airs in North Carolina. Sure, it takes a lot of pride to say that you are not prideful, but the Scottish-Irish settlers fled to a new place where they could be themselves, to live freely and practically on the land, to be what they wished to be. They wished to be, rather than to seem.

If North Carolina is to prosper, for all of its citizens, young and old, newcomers and old timers, rich and poor to live freely and become what it is they wish to be, we must recreate a state government in which we can trust that the motives of our elective officials are to serve us. We must trust, again, that they are what they appear to be. They must speak from their hearts, not from their handlers’ version of them. We must no longer tolerate ads that even the candidates themselves have no part of creating. You know those campaign mailings with the ugliest pictures they can find of their opponents, using the most veiled and incendiary language? If our candidates cannot control what is printed on their behalf, we are lost.

This will take some of that early determination, exhibited by our founders. Campaign reform has to start with us. We can start small, with this one thing, but we must insist that our candidates speak for themselves, that they have approval over every scrap of advertising done on their behalf. That’s a start. The advertisers hired by PACS show us what they want us to believe, what the candidates only seem to be.

Let’s insist that we have a chance to know what they are, at least, through the ways in which they choose to represent themselves. Let’s live up to our motto: Esse Quam Videri.

We are all apprentices in a craft where no one ever becomes a master.